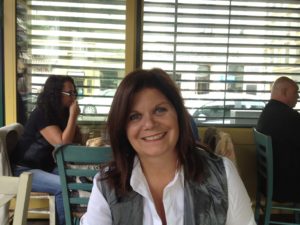 Denise Orwick was a licensed pharmacist who was willing to try new ideas, take risks and think outside the box when it came to the pharmacy world.  She worked in a traditional pharmacy setting from the time she was 12-working in her parents’ pharmacy, went on to be employed at Floyd Memorial Hospital and then returned to purchase her parents’ pharmacy. Unfortunately, right after she took that step she developed breast cancer.  However, this did not curtail her from opening Precision Compounding Pharmacy in New Albany.  She brought the concept of wellness into a new light for Southern Indiana and the pharmacy is thriving today due to her vision of the future for her customers.

Through all of this Denise continued her journey with breast cancer.  Throughout her 16-year battle, she traveled extensively to do all she could to overcome this disease, but in June 2016 she could no longer fight the fight.   Denise touched many lives by the way she lived her life. She wanted to be seen as a woman living life to the fullest, not succumbing to a medical condition and letting it define her.  Those of us who experienced Denise will never forget her.